Putting this right out there, we don’t have a public phone number. Due to the excessive amount of requests asking for holds and stock levels we had to discontinue that access to keep our shop moving. With that said, we are pretty quick to answer your questions via email! Fill out our form here, your message will get filtered to the best person for the job and they will be in touch within 24 business hours! 🚨🚨🚨🚨🚨 FYI: We do not ship our desserts. We appreciate getting so many email requests but mail order Cookies & Cake isn't our thing. Thank you! 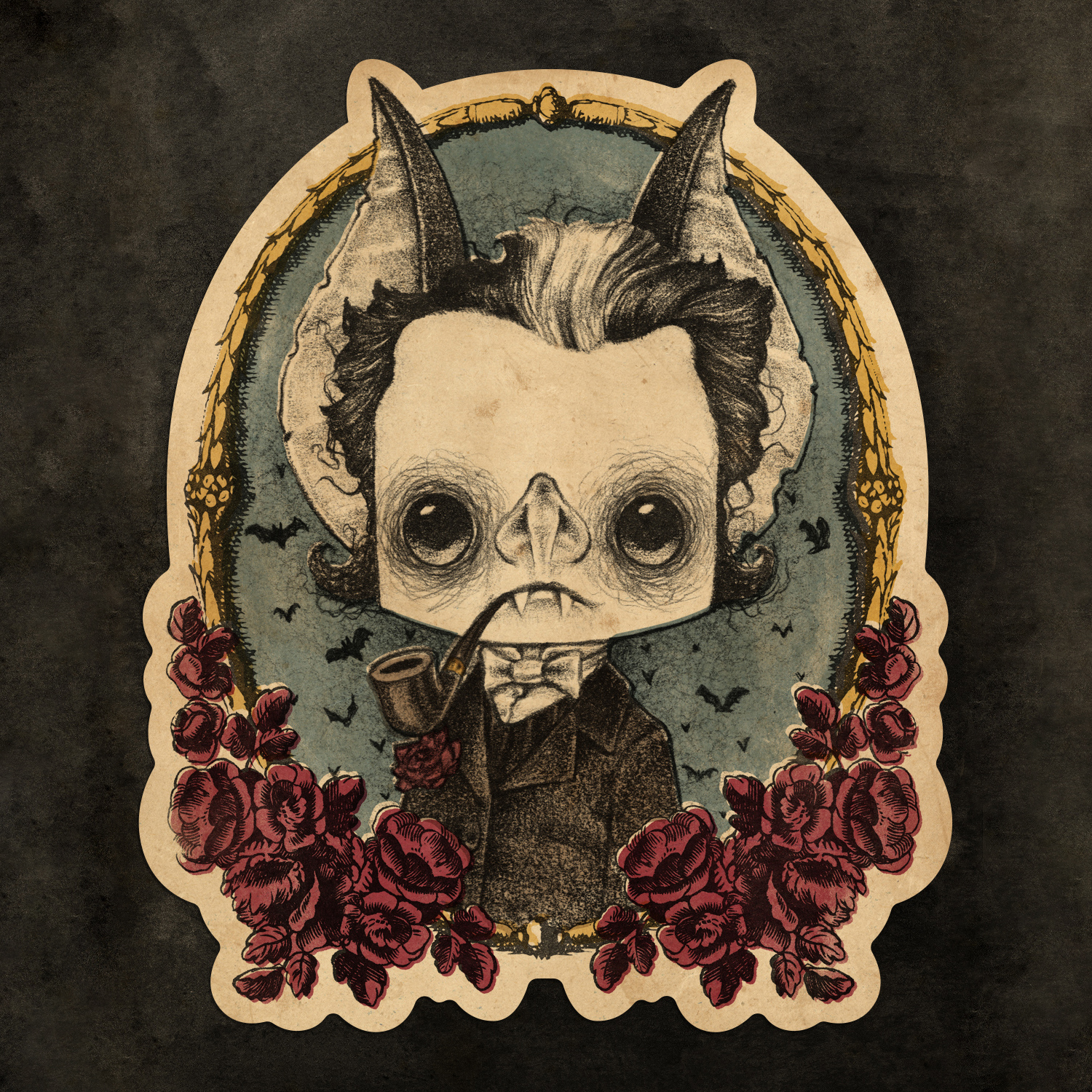 We adore stickers and this one is rather spectacular, if we do say so ourselves.  Pipistrello’s image comes on an extremely high quality multi-colored 4 .5 inch die-cut sticker.  He’s a sophisticated bat so place him on anything that needs a level up in class.

The Brief Tale of Signore Pipistrello

If we believe the rumors about the mysterious Pipistrello, he was found orphaned in the alps of Northern Italy. Given the boy’s peculiar looks, he was abandoned at a nearby village until a wealthy eccentric decided to raise him as his own. He exposed the unusual son to the most exemplary academics of his age, studying philosophy, alchemy, and music, eventually molding the young boy into a true renaissance bat.